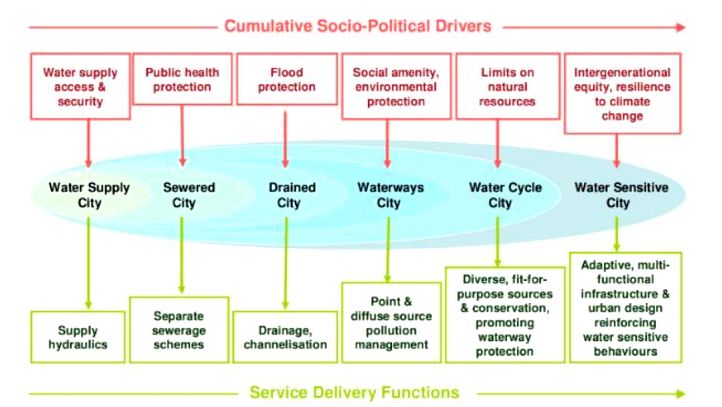 The need for transitioning of Urban Infrastructure Systems (UIS) is illustrated by the facts that the earth system is undergoing significant rapid changes which have developed from increased human activities, population growth and urbanization (Vairavamoorthy et al., 2008). Whereas 48% of the world’s population presently live in cities and towns, this proportion is expected to increase to about 60% in the year 2030 aggravating the need for the transition of existing systems. Further more in developing countries the urban population is predicted to grow from 1.9 billion in 2000 to 3.9 billion in 2030, averaging 2.3% per year. In addition in developed countries, the urban population is expected to increase, from 0.9 billion in 2000 to 1 billion in 2030 with an overall growth rate of 1%. On the other hand, existing infrastructure systems have been gradually deteriorating due to environmental action and ageing; in many cases significantly exceeding their design life leading to failure to meet the minimum level of service. END_OF_DOCUMENT_TOKEN_TO_BE_REPLACED