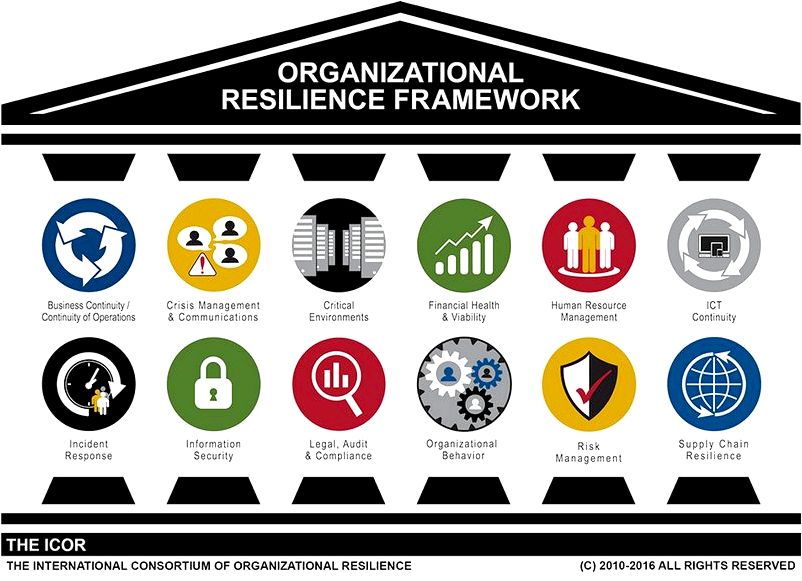 Aaron Gracey of Squared Apples is promoting this Business Resilience Model, which is dependant on research into the way the United kingdom military developed and maintained its resilience.

The tool may be used to evaluate the current standing of the organization’s resilience, in addition to provide assistance with activities that should occur to boost their current level.